5 things we liked in June

TRISTAN CROWLEY returns to the studio

At the beginning of June, Tristan Crowley returned to the studio to record his second EP. The recordings include new collaborations and some of the new songs which Tristan wrote just before his tour in France. The EP was recorded in Muir Estudio by Jon Vidaur. There'll be more information about it soon. www.facebook.com/tristancrowleymusic

On the 23rd, British songwriter Roo Panes released his second album, ‘Tiger Striped Sky'. The timbre of Panes' voice is particularly special and its combination with his 12 string guitar and open tunings creates something quite out of the ordinary. Here's a link to one of his songs: https://www.youtube.com/watch?v=dGP-TnIoejk

On the 26th, Renbourn Guitar Workshops announced they were going to team up with The Bert Jansch Foundation to offer a scholarship for their course on the folk guitar of Bert Jansch to a guitarist under the age of 30. In addition to this, the winner would get free food and board. The winner was Zach Coombs, who is from Newfoundland. Congratulations, Zach! http://renbournfingerstyle.com/ 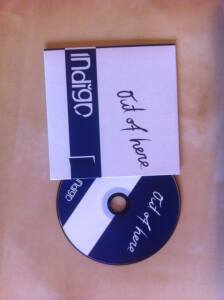 On the 29th June, Iñigo Azpitarte (the singer of ‘Indigo band') was interviewed on Eitb about his music and his new EP ‘Out of here'. Here (http://www.eitb.com/eu/audioak/osoa/2369768/audioa-indigo-inigo-azpitarteren-musika-proiektua--amarauna/) you can listen to the interview and 3 songs from the EP (‘Wrong', ‘Playing' y ‘Heart'). You can get hold of a copy of the EP at one of his concerts or through Indigo Band's facebook page. (https://www.facebook.com/Indigo0Band).

Thanks to Acordes Urbanos, we discovered ‘Sammy Jankis'- a folk-pop band from Burgos. The songs are melancholic and are inspired by the life of the singer, Alfonso Gutiérrez, as well as stories about his friends. They've got a bandcamp page (http://sammyjankis.bandcamp.com/) and their website is http://www.sammyjankis.com/ .